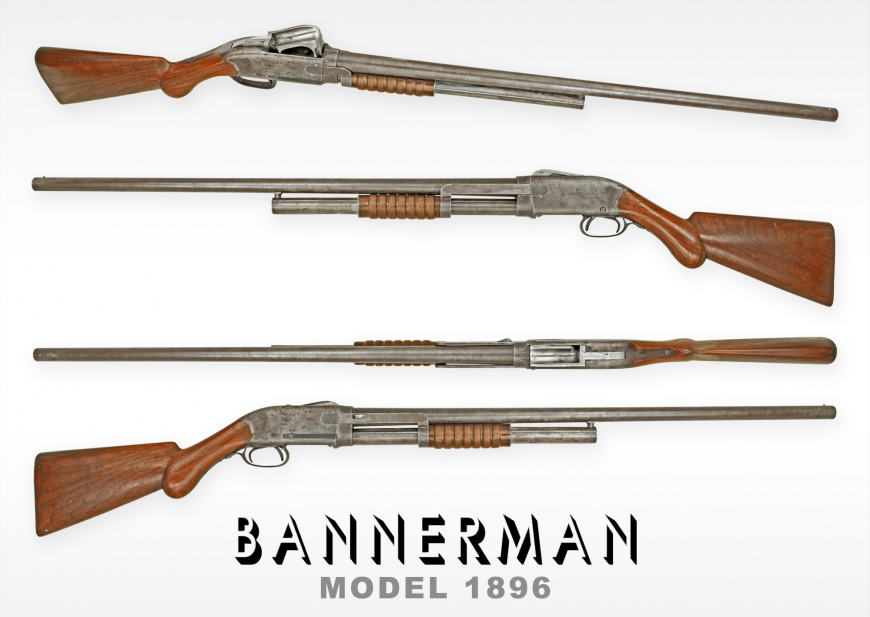 In attempting to police the patent for the 1890, Spencer went toe-to-toe with Winchester over their Model 1893 slide action shotgun. While Bannerman argued his patent precluded Winchester from producing a pump gun, he was defeated in court. Winchester had scoured the world for extant models of slide action guns and even assembled a few from available patent data. In the end it was proven that Bannerman did not own the “pump action” as a concept and he was forced to deal with stiff competition in the market.

While the courtroom battle with Bannerman raged, Winchester’s factory kept cranking out Model 1893 shotguns. These were gaining market over the old Spencers and so Bannerman needed to modernize his design. Unfortunately he only managed to get the machinery and the patent rights, not the inventor himself. With no real innovation, the Model 1896 is really just a minor improvement over the 1890.

Starting with the previous Model 1894 Trap gun, the follower is now retained in the magazine when the gun is broken down. However, a screwdriver is still required so hardly a “takedown” gun. A more aggressive wooden foregrip makes the 1896 easy to differentiate from its precursors. I’m frankly uncertain of any other additional changes.

Given some period advertising, it’s even possible that the “Model 1896” is actually a budget package and the previous models may have stayed in production as higher value guns. It is definitely the cheapest Spencer in the same year as its release, as I’ve seen it listed at $20, equivalent to $616.91 in 2020. This price may have helped sales because this is the most commonly encountered model today.