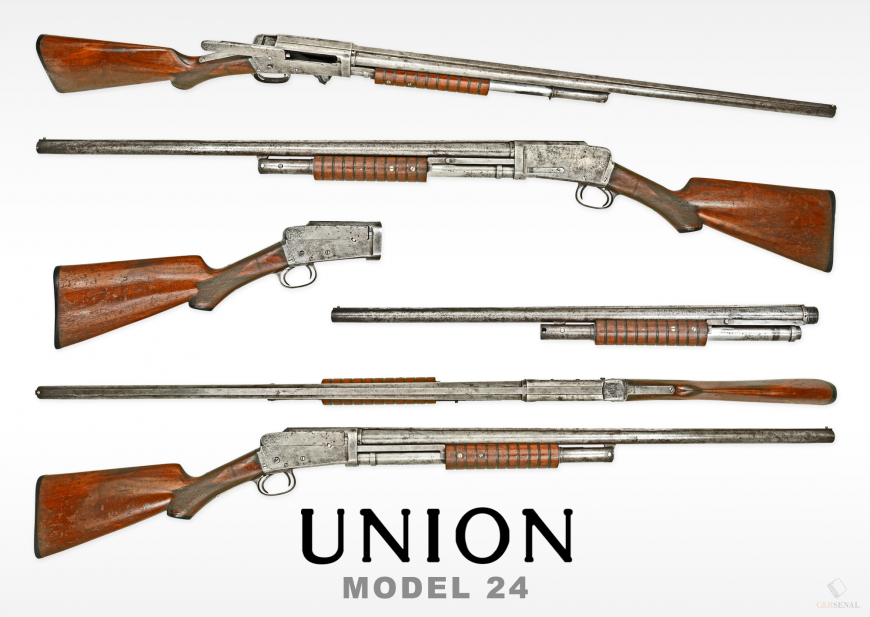 While Sears & Roebuck had been willing to sell just about any of the popular repeating shotguns available at the turn of the century, they did have a reputation for affordability to uphold. In seeking an in-house budget brand, they attempted to purchase the Spencer shotgun from Bannerman. The plan was to move the machinery to Toledo Ohio, alongside their existing gunmaking partner: Colton Manufacturing Co. Unfortunately the deal fell through, but Colton pressed on without and would soon reform into the Union Fire Arms Co.

The star of their new production line would be a slide-operated, takedown, repeating shotgun chambered for the 12ga cartridge. First advertised in Sear’s 1903 catalog, the Model 24’s base price was $14.92, though for $16.97 you could have one with a damascus barrel.

Mechanically the Model 24 borrows some of the best features of the Spencer, Marlin, and Winchester shotguns. Even though the 24 has a solid rear receiver, the user can manipulate the internal hammer by its tail, that’s the forward, reversed “trigger.” Also clearly inspired by the Spencer, the Union’s lifter doubles as its breech-block. In the earliest version of the gun, the entire breech-block was on the bolt face. The extractor was fitted to the sliding ejection port cover.

Information on the Union Fire Arms company and its guns appears to have largely been lost to time. Observing the remaining examples, Model 24s seem to suffer quality control issues and are, almost exclusively, found with poor remaining finish, stripped screws from repeatedly being taken apart, and often have snapped ejectors, latch heads, takedown levers, etc. Most examples also show abuse around their barrel-fitting rings, which are used to adjust the barrel tightness due to possible wear and disruption from the takedown method (this same feature is found on Marlin takedowns but is rarely damaged). These signs all point to frustrated owners trying to restore their guns to satisfactory operation time and again. 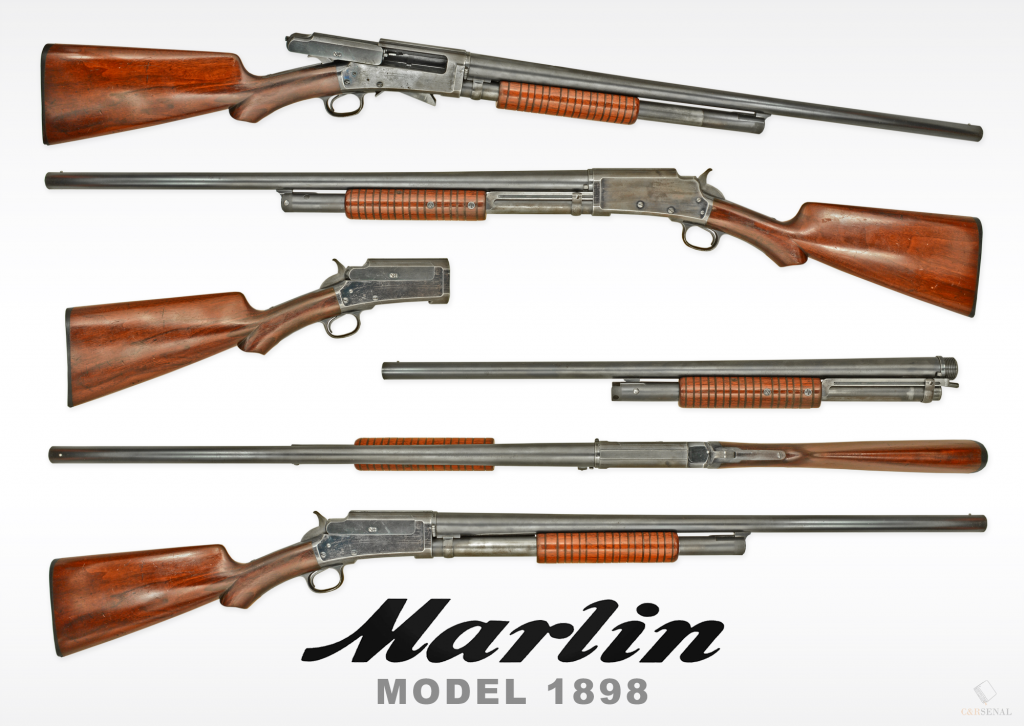