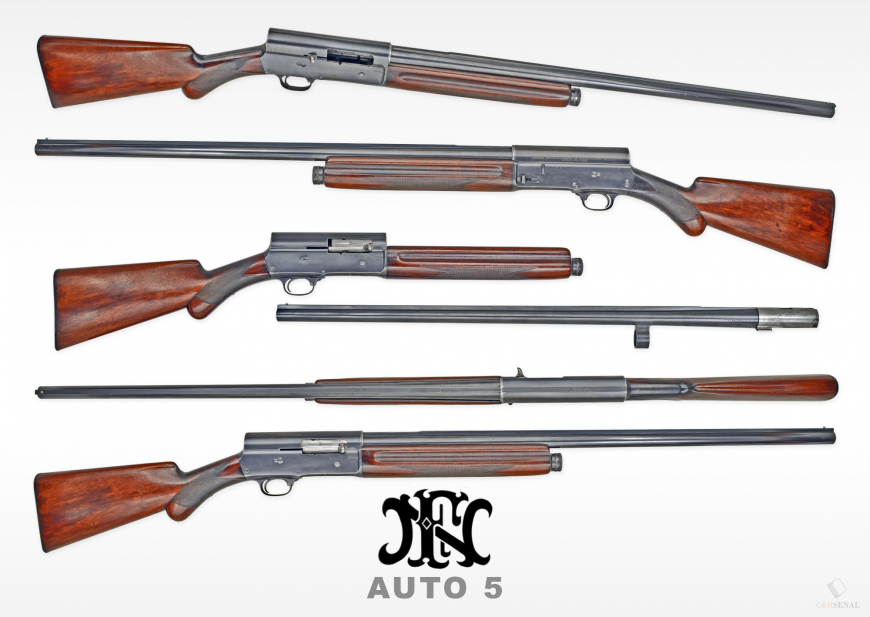 The relationship between gun designer John Moses Browning and Winchester Repeating Arms’ president T.G. Bennett had been mutually beneficial since 1883. So in April of 1899 Browning would, as was his custom, show Bennett his latest concept: an autoloading shotgun. Bennett, however, stalled on the idea, worrying that it would not be a strong seller. This would prove a poor decision because over this same period John Moses began to work with the Belgian firm Fabrique Nationale on a pistol that would become the world famous Model 1900. In doing so he soon realized the value of being paid a royalty on his designs. Realizing the Winchester catalog was entirely by his design, this time he wanted paid a small sum for each auto shotgun made.

Bennett refused and Browning broke with Winchester and sought out their competitor, Remington Arms, instead. However on the day he had scheduled to meet their president, he died of sudden heart failure. The next most obvious step was to contact his friends in Belgium, and so Fabrique Nationale would get the rights to his invention. Releasing in 1903, Browning’s gun was dubbed the Auto 5 for it’s autoloading design and 5-round magazine.

Browning also included a friction brake in his design. A set of rings can be swapped into various positions to provide more or less resistance during recoil. This allows the Auto 5 to function reliably with a variety of ammunition pressures. Additional features would be rolled into the FN line of Auto 5 shotguns fairly quickly. These include a manual magazine cut off lever and an improved safety set through the trigger guard. The Auto 5 is also sports a takedown feature, with the barrel easily removed from the action for easier storage and transportation.

Overall, the Auto 5 would be produced at FN until as late as 1983. It was further licensed to Remington and repeatedly copied after its patent expired, making it one of the longest lasting and most successful sporting firearms in history. Few collectors fail to recognize its iconic profile and superior quality of design and execution.